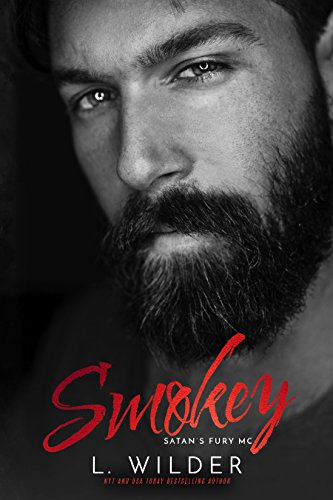 Smokey
You can’t fight fate, especially when it brings you a girl like MJ Thompson. She wasn’t just beautiful. No, she was so much more than that. She was smart with a smile full of magic and curves that drove me to distraction. I wanted her, but there was a catch: She was the lawyer handling my father’s will. And as if that wasn’t enough, her dad was a cop.

I should’ve known better than to get mixed up with a girl like her, but I just couldn’t resist. I wanted to feel her body pressed against mine. I wanted to hear her call my name while she was wrapped in my arms, so I ignored my instincts. I made her mine. After one night, she had me, heart and soul. Every ounce of doubt, every second thought, vanished.

Life was good. I had my woman by my side. The club’s new pipeline was moving forward, and I was coming to terms with my past. Then, without warning, it all fell apart. I lost her. She skipped town, leaving only a note and a lot of unanswered questions. I thought I had to let her go, but she had a secret. After discovering what she was hiding, there was nothing I wouldn’t do to have her back in my arms.

Sometimes the road takes you on an unexpected turn, and you end up exactly where you’re meant to be.

**Smokey is book five in the Satan’s Fury MC, but it is considered a standalone romance. This book is intended for readers 18 and older due to violence and explicit language.